The Indianapolis Colts were on the field for their ninth practice in training camp Wednesday at the Grand Park Sports Campus in Westfield.

As they prepare for the first preseason game of the year against the Buffalo Bills on Saturday, the Colts had the pads on again. It certainly looks like they are focusing on increasing the physique before the season.

We’ve posted a brief summary of news, notes and highlights from Wednesday’s practice.

Here are six takeaways from Day 9 of Colts training camp: 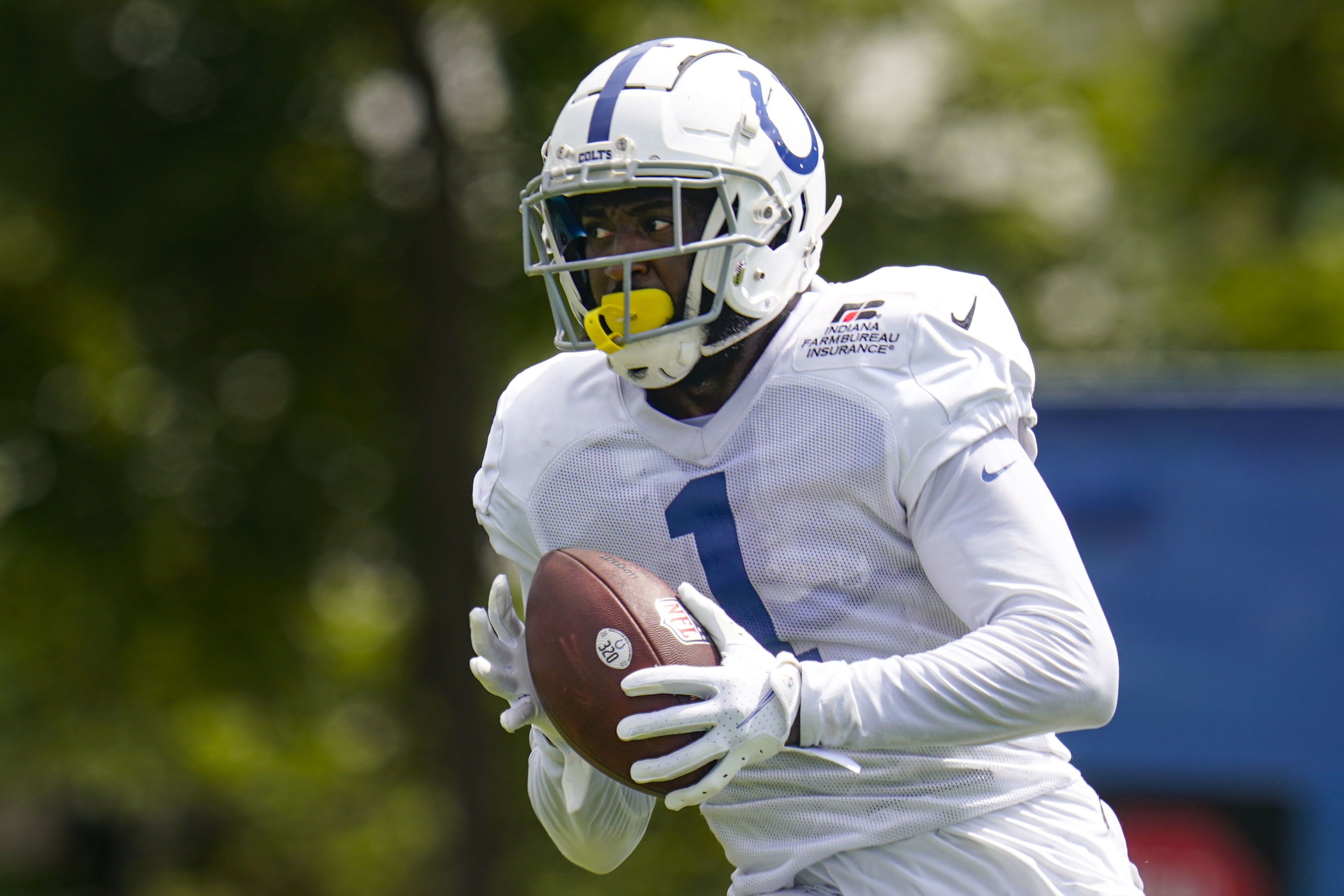 After raising injury concerns in Monday’s practice, Campbell was back on the court and featured in much of the practice. Although he didn’t participate in all team drills, he did participate in individual drills and 7v7 work. Although it has been limited, it is an encouraging sign that the hamstring problem should not linger. 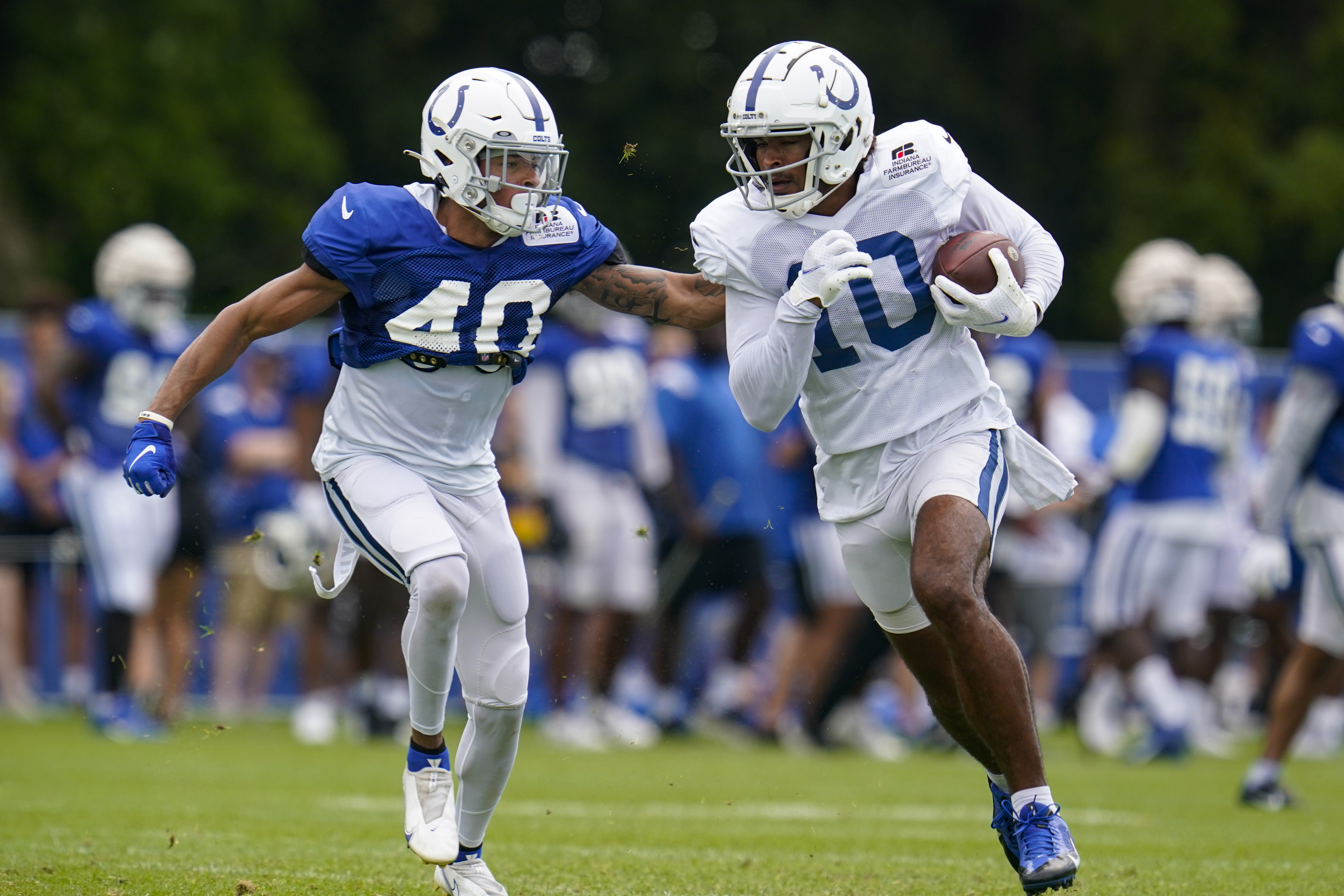 While the Colts offense had a few flashes during team drills, it was the defense that dominated for the majority of training camp practices that involve pads.

It was perhaps the worst day of camp for quarterback Matt Ryan, who threw his third interception of camp — all of which have come in the past two practices.

Head coach Frank Reich liked what he saw on the defensive end of the ball.

It’s hard to say if the defense is really playing at a high level or if the attack is struggling to fit in, but it will definitely be a storyline for the first pre-season game. 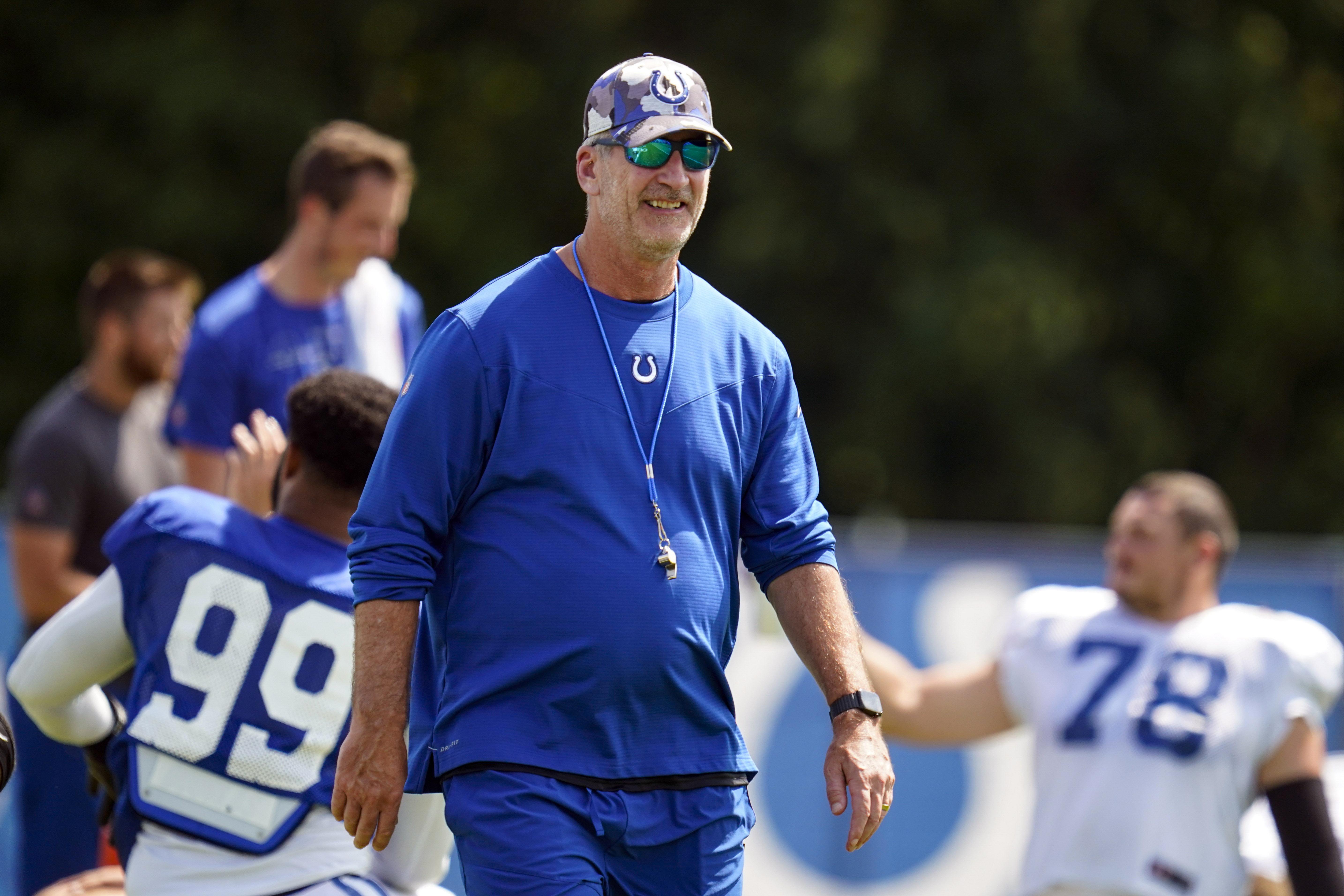 While for the most part dropped passes are overdone. They don’t happen as often as some might think, and it only becomes a storyline when it happens during a prime-time game. However, the Colts have a situation not to be overlooked in this regard.

It was noticed that the offensive playmakers were plagued with declines during the second half of training camp. It depends on the level of concentration, especially considering the players it happens to.

“Yeah, I noticed it and I’m not happy about it. It’s not a person, it’s not a group. It’s been a little here, a little too much,” Reich said of “So we keep pushing them, keep pushing them. It’s like, what are you doing? Just shout catch the ball, right? I know I’m preaching to the choir here, but it’s important to them. Just getting the extra catches, focus and concentration in training camp. 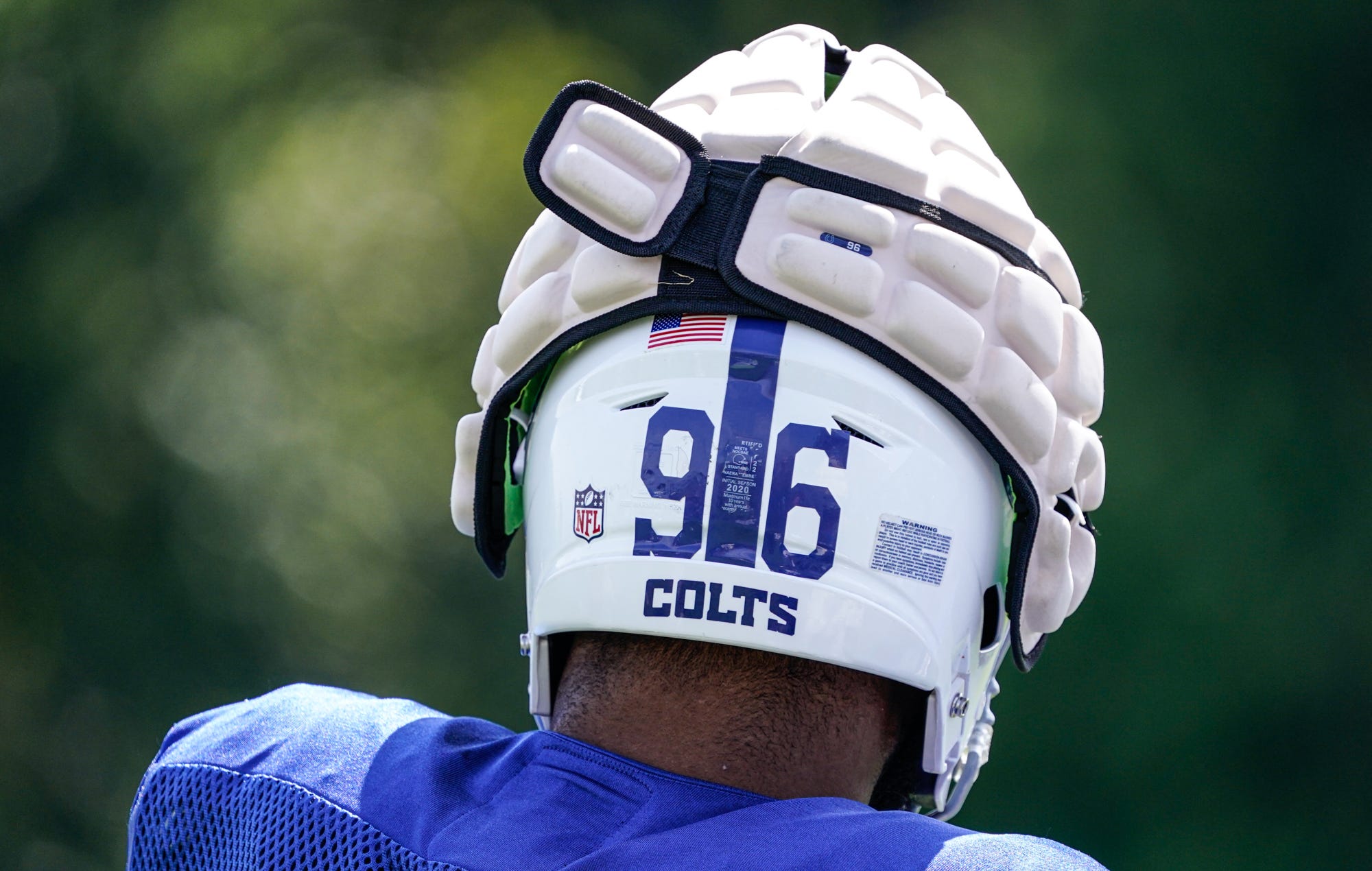 Throughout the camp, there are several players showing talent on either side of the ball. On the defensive end, perhaps a sleeper is brewing as we head into the preseason opener.

Defensive tackle RJ McIntosh is one of those players who may struggle to make the roster, but is doing everything he can to make the initial 53-man roster. Kevin Bowen of 1070 The Fan noted McIntosh’s strong camp.

How about a sleeper on the defensive side of the ball? RJ McIntosh has flashed many times on this camp. McIntosh, a former 5e round pick, has played in 18 career games and competes for some reserve defensive reps. It’s a positional battle that Chris Ballard has a close eye on right now. McIntosh could work his way up the 53-man roster.

The defensive tackle room is pretty crowded when it comes to competing for final spots, but the Colts are a team that doesn’t shy away from taking the best players. 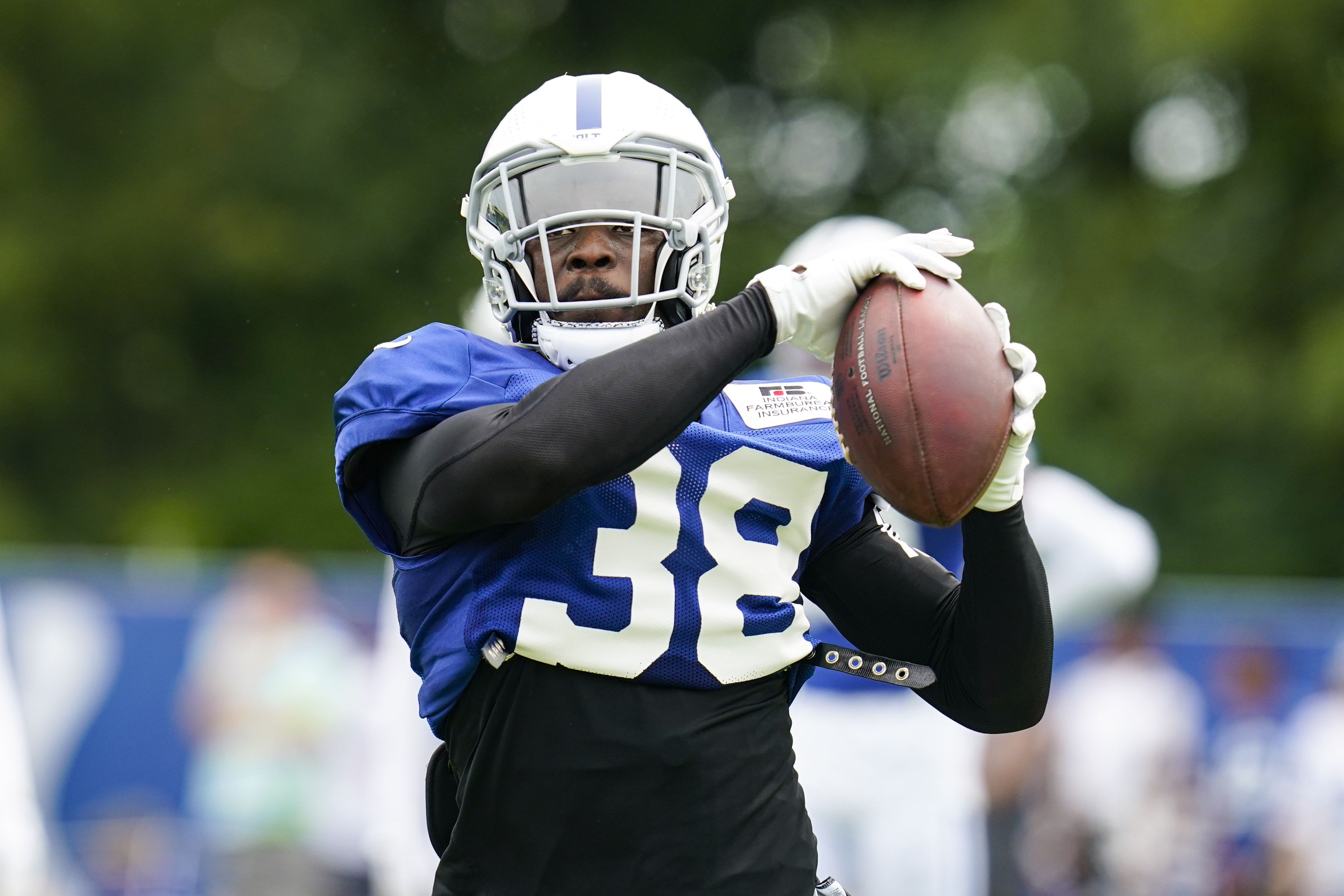 The competition for the last two spots in the cornerback room could be up to any player. Preseason games should help eliminate some of the competition for those spots, but Brown has flashed enough to deserve to be considered the leader in this battle.

The Alabama product continued to show his talent with a great day Wednesday, according to Joel A. Erickson of The Indianapolis Star.

Brown, who can play the nickel in addition to the outside, had a big day Wednesday. Aggressive near the line of scrimmage, Brown blasted a passing play as he darted from the edge to force an early throw and made a tackle in the middle of the line of scrimmage. Brown’s aggressive nature can be good and bad in coverage; on one play, Brown crashed into an attempt by Ryan in an attempt to make an interception, only to have Parris Campbell make the catch a split second before the cornerback reached him.

No one knows who the final two cornerbacks will be, but Brown is certainly making an effort to lead the competition. 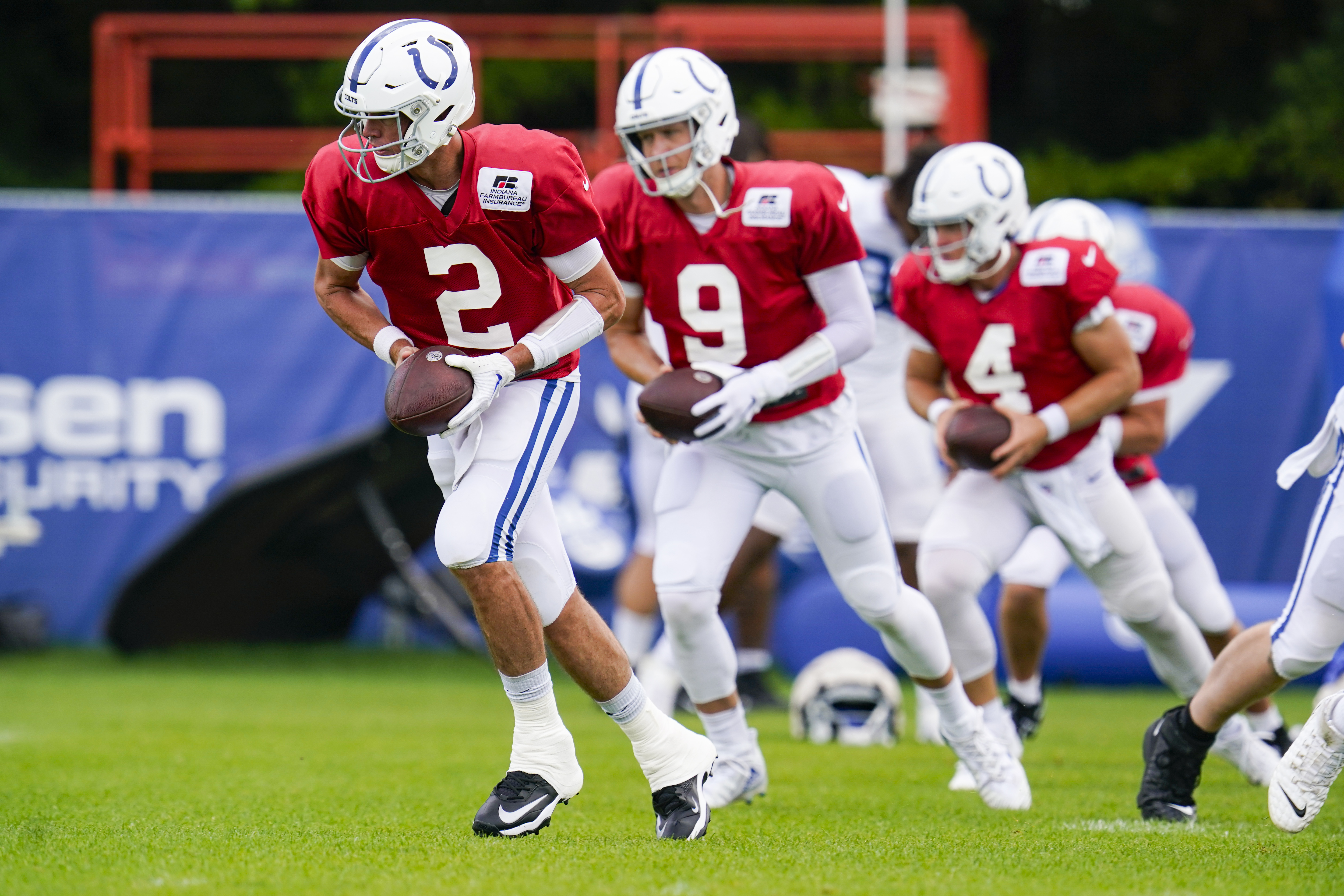 The Colts return for another practice Thursday before heading to Buffalo on Friday as they prepare for the preseason opener against the Bills.

Here is the schedule for the rest of the week: