Overcome all obstacles! California High School Choir Members Perform Stunning A Capella Version Of Over the Rainbow From Home After Concert Canceled

By Carly Stern For Dailymail.com

A California school choir has not allowed schools to be closed statewide to prevent them from performing.

Although they are all currently at home and sheltering in place, the Chino Hills HS Chamber Singers, who perform in the Chino Valley Unified School District, continue to make music together.

On March 17, the talented group shared a video of themselves singing “Over The Rainbow” by Israel Kamakawiwo’ole – and the delightful performance has already entertained more than 340,000 people on YouTube. 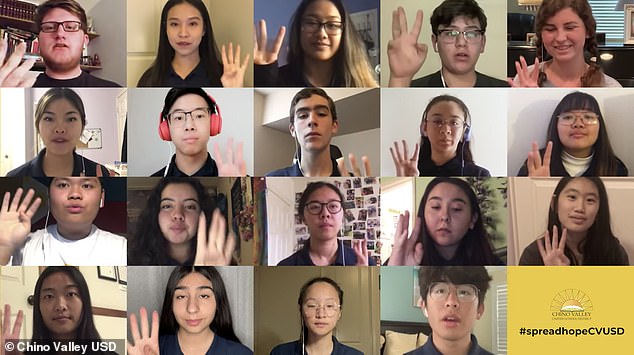 Genius: Instead, they all sang their parts for an a capella performance of “Over The Rainbow” from Israel Kamakawiwo’ole at home and recorded themselves.

On Thursday evening, Governor Newson issued an executive order that all residents of the state should stay in their homes except for essential cases, such as getting food, going to the doctor or exercising.

Days earlier, he had told students and parents not to expect schools to reopen for the rest of the year.

While this disrupts lives in many ways, students don’t just miss their classes; they also lack beloved extracurricular activities that hone their skills and bring them joy.

But they sing anyway. Each of the students recorded and recorded while singing, and the videos were then all put together into one clip. 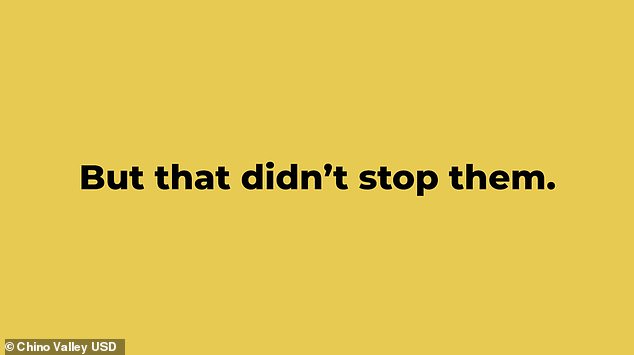 Proud: School staff praised the “resilience” of students who persevered in their performance through thick and thin

“They showed resilience by recording their individual a cappella part of Over the Rainbow in their separate homes and, thanks to technology, were able to appear together as a family again,” reads the description of the video.

â€œTheir harmonious performances have been shared online for the CVUSD community in an effort to spread hope and joy during this difficult time.â€

â€œAmerica’s future is at its best! I LOVE THESE CHILDREN! Another said, while a third tweeted: “Thank you, you just made my day! Youth fills me with hope for the future!”